Blog Short #99: How to Deal with Emotional Contagion 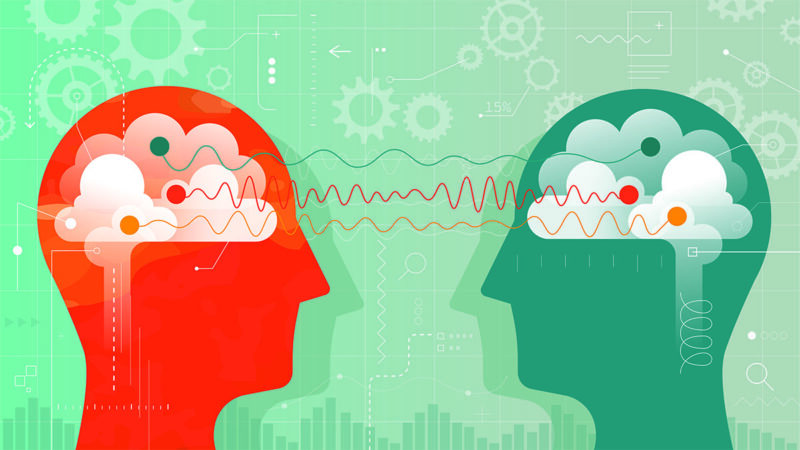 Have you had the experience of being in a good mood and then coming home to find everyone else in a bad mood and grumpy, depressed, or irritable? After being in that atmosphere for a short time, your mood dropped, and you felt irritable too.

This is called “emotional contagion,”  and it’s a real thing that occurs on a neurological level. We literally can “catch” each other’s emotions.

Today I’m going to explain how emotions are transferred from one person to another and then give you some ideas about how you can manage this process.

Let’s start with a basic definition. I like Wikipedia’s straightforward explanation:

Emotional contagion is the “spontaneous spread of emotions and related behaviors.”

It happens between individuals, within groups, over social media, and from interactions with music, art, entertainment, or reading.

It’s also important to note that it can be negative or positive. For example, a small angry group of people can morph into a mob that becomes violent, just as an inspirational speaker leveraging positive messages can lift the emotions of a large audience.

There are three stages to the process of emotional contagion (Hatfield, Cacioppo & Rapson, 1993). These are mimicry, feedback, and contagion. Let’s go through them.

When conversing with someone, you automatically mimic their facial and vocal expressions, postures, movements, and behaviors. Facial expressions, in particular, have an impact.

Sometimes when a person smiles at you, you smile back. That’s a very conscious act, but the mimicry we’re talking about is unconscious and occurs so fast that someone watching you wouldn’t notice the shifts in your facial muscles. They’re that subtle.

The same happens with voice expressions. You change your voice pitch, tempo, harmonics, and sounds depending on the emotions you’re “catching” (Scherer, 1982)

You also mimic postures and movements. In one study done with college students, they were able to synchronize their movements with each other in 21 milliseconds (Condon & Ogston, 1996). They didn’t do this consciously, and even if you tried to do it consciously, you couldn’t match that speed. Mimicry happens automatically, and it’s fast.

The second stage is called feedback. As you mimic facial expressions, voice, postures, and movements, your brain generates the emotions attached to them. This information is fed back to you, allowing you to feel the other person’s emotions to some degree.

If your facial muscles flex in a way to mimic a sad face, it feeds that information back to you, and you feel sadness. You may not feel ownership of the feeling, yet feel its presence.

That sounds confusing, but here’s what I mean by that:

If I’m sitting in a room with someone who’s feeling sad, that feeling might pop up in my mind even though it’s not my feeling.

I may sense it from the postures, facial expressions, or movements of that person, even if they’re not verbalizing how they feel. The longer I’m exposed, the more palpable the feeling gets. What I’m not aware of is that I’m likely mimicking those facial expressions and movements as part of my perceptual experience.

You can see the power of this process from the initial mimicry to feedback. Now let’s review the last stage.

The actual “contagion” part of the process is facilitated by specific brain neurons called “mirror neurons.”

Mirror neurons were discovered during a study conducted by Italian researchers Ferrari & Rizzolatti (2014): When one monkey grabbed an object, and another monkey watched but didn’t perform the same action, the neurons associated with that activity fired the same in both monkeys’ brains.

So if you watch someone lift weights, but you don’t do it, the same neurons related to the weight lifting activity will fire in your brain as they do in the brain of the person lifting the weights.

Similarly, when you mimic someone’s facial expressions, mirror neurons facilitate the firing of neurons related to the emotion(s) attached to those facial expressions in your brain, and you feel them. This process is the neurological basis of empathy, although there’s a difference between empathy and emotional contagion, which I’ll explain next.

How to Deal with Emotional Contagion

1. Feel the emotions without succumbing to them.

Empathy is different than emotional contagion. You can feel someone’s emotions without getting submerged in them. With contagion, you become absorbed and heavily influenced by the other person’s emotions.

With empathy, you understand how someone feels and can affirm and validate their feelings yet not take them on. You can listen, show interest, soothe, and be present, but use your thinking brain to help you maintain enough distance to avoid being absorbed by the emotions you’re picking up on.

There are situations when you should step away from someone whose emotions are out of control or on a negative path. Examples might be when you’re in a crowd where anger is building, on social media where most of the posts are negative, or hanging out with a group that mostly complains and enjoys gossiping about other people’s problems.

We all know or have read about riots that started with a protest of some sort and escalated into violence, looting, destruction, and sometimes death.

We’ve seen people stampeded at concerts and sports events when spectators’ emotions escalated, resulting in mobs running onto fields or toward the stage.

It’s important to take the rise of emotional contagion in group settings seriously to protect and keep yourself safe.

Regular contact with people who are chronically negative, cynical, argumentative, angry, manipulative, or miserable can have a significant influence on how you feel. Even if you’re good at separating yourself from their emotions, you’re still influenced and impacted negatively. So choose your company carefully.

Curb the amount of time you spend interacting with media and entertainment focusing on negative emotions. Staying current with news is different from watching the same depressing story over and over. Keep in mind that our natural tendency toward a negativity bias is in full blossom on social media, through news outlets, and via some types of entertainment. Be mindful of how you’re affected and choose accordingly. By the way, the right company, music, art, movie, or book can lift your emotions, and these are instances where you can take advantage of emotional contagion.

5. Pay attention to the emotions you generate.

Emotional contagion is a two-way street, so it’s essential to watch your output of emotions around your family and friends, at work, in group settings, and even in public. That doesn’t mean you should suppress your feelings, but be aware of how you express them and under what circumstances. Working on your emotional intelligence is an aid to help you get a handle on your emotions.

Does everyone have the same level of susceptibility?

The answer is no, although this subject is still under investigation and has a way to go. If you’re highly empathetic by nature, you more likely will be a “catcher” of other people’s emotions. If you’re outgoing and charismatic, you may transmit emotions more than someone who’s rather stoic and quiet (Verbeke, 1997).

Personality characteristics influence your susceptibility, and it’s good to be aware of where you fall along the continuum so you can moderate your interactions with others.

If you’re interested in reading more, check out the footnotes below. There are some excellent articles and studies that delve into these questions.