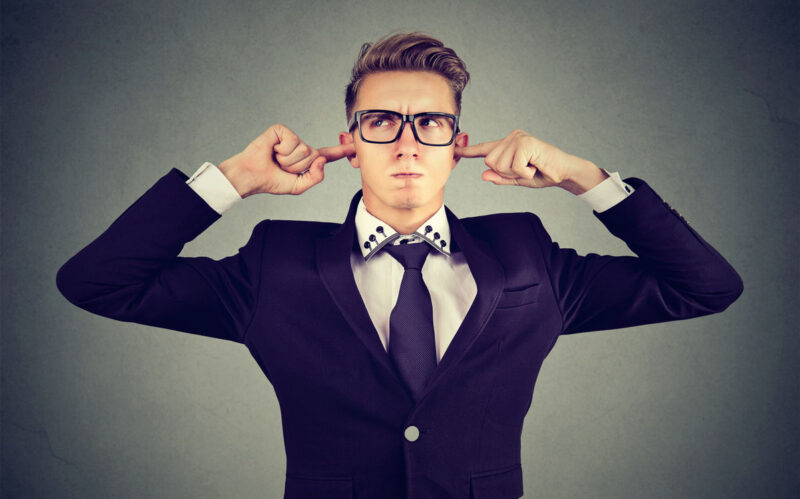 I don’t know about you, but that title resonates with me! I don’t like anyone telling me what to do, and many of us don’t. However, some of us especially don’t like it and overreact when it happens.

If this doesn’t apply to you, it may apply to someone you know. It’s not an uncommon characteristic. It can, however, cause problems in relationships, on the job, and in situations where you need to work as a team.

Today we’re going to tackle this issue and get some clarity on where it comes from and how you can work with it. Let’s dive in.

Where does it come from?

Here are four possible causes or circumstances that might make you reactive to being told what to do.

You have an independent nature and like to do things on your own. You don’t enjoy group projects, collaborations, and especially unsolicited help or advice. You want to figure things out yourself and have faith in your ability to do that. If you’re shopping and can’t find something, you’d prefer to look for it yourself instead of asking someone where it is.

2. You had an authoritarian parent.

You grew up with a parent or parents who didn’t allow you to speak your mind, contribute your ideas, or have input. Your parent’s word was law, and there were immediate repercussions for not complying. If you were told to do something, it was to be done immediately without considering what you might be engaged in at the moment.

3. You had a hovering parent.

You had a parent or parents who didn’t allow you to develop your autonomy. They were intimately engaged and involved in everything you did, including how you thought and felt. You had little privacy. You consistently got the message that you couldn’t figure things out on your own – that left to your own devices, you’d make a mistake or fail. The other unspoken message was that failure was unacceptable.

4. You were the oldest child.

You had adult responsibilities early on and throughout your childhood and teens. You did a lot of caretaking. Your time was not your own, and you were on deck most of the time to do whatever was needed. Conversely, you had no authority, which left you feeling trapped and resentful. You fantasized about leaving home and living on your own. You were out of the house as soon as you finished high school.

You might be saying, “I don’t want to change. I like being in charge of myself and don’t want anyone interfering.”

I get it. I’m there. But, the problem with that is:

Here are some ideas that will be good for your relationships while also maintaining your autonomy.

Using the four scenarios listed above, figure out where you fit.

You may find that you fit in several of the categories. For example, you may be the oldest child and have authoritarian parents.

Understanding why you react strongly to being told what to do is the first step, and it’s essential. If you know where it comes from, you can begin to identify the triggers that lead to unwanted reactions.

Work on quieting those triggers.

When you find yourself having that knee-jerk reaction to someone’s request or demand, take a moment to review how you’re feeling and think about what’s triggering you. How is this dynamic similar to your family dynamics?

Each time you make that connection, you lessen the trigger’s effect. You also put emotional space between yourself and the reaction so you can make a deliberate choice about how to proceed.

Make a distinction between current people in your life and your history.

View the contexts separately. If you had an authoritarian parent and now have a tyrannical boss, the situations are not the same, even though the dynamics may be similar. You may agree to deal with your boss’s demands because it’s part of your job, but it’s not a reflection of who you are as it may have felt as a child. You’re no longer the kid with no autonomy. You can change jobs if you decide the dynamics are intolerable.

You have choices now that you didn’t have growing up. That’s a significant distinction you need to keep in mind. When you’re clear on that, you won’t be so reactive.

If you had a hovering parent, you might avoid intimacy and lack confidence in yourself.

Hovering parents are invasive and leave you little breathing room to explore and create your identity outside of what they assign to you. You avoid close interaction and teamwork because, for you, both feel invasive. In this case, you’re more likely dealing with avoidance rather than a problem with authority.

This problem might require some therapy to help you work through it. The goal is to establish your autonomy and then learn to be vulnerable and still feel that you have choices in how you direct your life.

Here’s a simple list of things you can do daily.

You always have a choice about how to respond when someone tells you what to do. The key is to get some emotional space between hearing and responding so you can respond with deliberation and thought rather than reacting automatically.