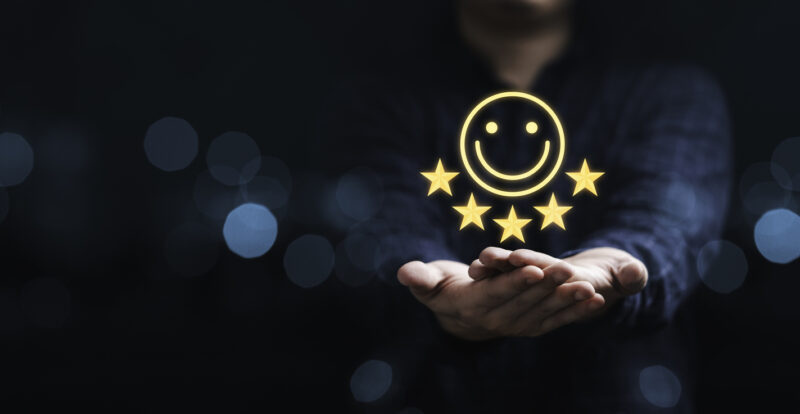 Most people know something about serotonin because of its association with “happiness” and a lack of it with depression and mood instability.

Today I’m going to explain more about the various functions of serotonin, how and where it’s produced in your body, and what you can do to increase your levels. We’ll end with antidepressants and how they work.

Let’s start with a definition and description of serotonin’s functions.

Along with influencing your mood, serotonin helps regulate impulsivity, anger, aggressiveness, anxiety, and obsessive-compulsiveness. Whereas dopamine’s associated with reward and anticipation, serotonin’s associated with emotional regulation and stability.

What most people don’t know is that about 90% of the serotonin in your body is produced in your gut, with only approximately 10% in your brain.

The serotonin produced in your gut can’t pass through the blood-brain barrier, meaning it doesn’t travel to your brain to help regulate your mood. The brain makes its own serotonin for this purpose (McKay, 2018, Part 1).

The serotonin produced in your gut has other functions you likely don’t know about. Let’s go through them.

Functions of Serotonin Outside of Mood Regulation

Serotonin plays a significant role in our GI tract, assisting with peristalsis. These are contractions in the gut that squeeze food through the digestive tract. It can speed up or slow down digestion to rid your body of toxins or foods and signals a reduction in appetite as you eat.

When serotonin is released in the gut faster than you can digest it, it triggers nausea and sometimes vomiting. The feeling of nausea signals that you may have eaten something that doesn’t settle well, or that’s toxic. Its purpose is to protect you from the intake of poisons or toxic substances.

Serotonin in the brain is necessary to produce melatonin, a hormone that regulates your sleep/wake cycle. It also influences how much and how well you sleep, along with other neurotransmitters such as dopamine.

Research has shown that depleting serotonin in the brain can impair short-term memory. The hippocampus is an area of the brain associated with learning, memory formation, and storage. Memory strengthens when serotonin is released in the hippocampus during learning (Newman, 2018).

Serotonin helps with wound healing because of its anti-inflammatory and blood-clotting effects. When you’re wounded, serotonin is released by the “platelets in your blood,” which “causes the tiniest blood vessels, arterioles to narrow.” This “slows blood flow and helps clots to form,” thereby facilitating wound healing (Cleveland Clinic, 2022).

Serotonin affects libido, as does dopamine. Whereas elevated serotonin reduces libido, dopamine increases it. This is one of the main complaints about SSRI antidepressants.

How to Increase Serotonin Naturally

There are two reasons serotonin levels may be low:

There are six things you can do to help rectify both problems. Let’s go through them.

We’ve gotten into thinking that depression is an outcome of a “chemical imbalance,” i.e., not enough serotonin, but this isn’t always accurate. Stress, trauma, overwhelm, depression, and anxiety can all affect the availability of serotonin and other neurotransmitters like dopamine in the brain.

Simply put, as you experience stress or trauma, serotonin levels can drop.

Similarly, serotonin levels can rise if you engage in activities or thoughts that raise your mood. In other words, serotonin production varies depending on what you’re experiencing and how you react to it.

This is why psychotherapy can successfully raise your serotonin levels naturally as you work through issues and feel better emotionally (Young, 2007). Any sustained mood-raising activity can do the same.

2. Increase your intake of tryptophan.

Serotonin is made from the amino acid tryptophan. It’s not produced on its own. For serotonin in the brain, tryptophan has to pass through the blood-brain barrier, where it can convert to serotonin.

Foods that contain tryptophan are:

One thing to remember is that the absorption of tryptophan requires carbohydrates to release insulin, so a meat-based, high-protein, no-carb diet can leave you depressed over time. You need complex carbohydrates in addition to protein to help regulate your mood.

Research has shown that regular aerobic exercise improves mood. In one study, exercise increased serotonin in the hippocampus and cortex, and in another study, there was an increase in tryptophan in the brain that remained after exercise (Young, 2007).

Aerobic exercise includes walking, jogging, swimming, skating, or any activity that raises your heart rate and increases your oxygen intake. Aerobic exercise is also an effective method of raising dopamine in your brain.

There’s a positive correlation between sunlight and the synthesis of serotonin. In one study, “the mood-lowering effect of acute tryptophan depletion in healthy women” was “completely blocked by carrying out the study in bright light” (Young, 2007). Pretty amazing!

Our modern, computerized culture has us living indoors with little time in natural sunlight. Who knows how much that affects our moods! Try to get outside more to get that exposure, and take a walk while you’re at it. Not only will you increase your serotonin synthesis, but you’ll also increase your levels of Vitamin D.

There’s evidence that meditation increases serotonin and dopamine levels in the brain (Sharma, 2000). Specifically, it encourages the production of new neurons and the formation of new connections between neurons. The impact over time is reduced anxiety and better mood (Krishnakumar et. al., 2015).

Gut health affects the health of the brain and vice versa. The gut is referred to as the “second brain” because, like the brain, it functions as an autonomous system (” enteric nervous system”). The gut communicates with the brain via the vagus nerve, immune system, hormones, and bioactive microbial metabolites (McKay, 2018, Part 2).

That’s a mouthful, but all you need to know is that you need to keep your gut in good shape. That means creating a “microbiome” (gut environment) with the proper bacterial balance to promote healthy digestion and regulate the immune system. To do this, you must stick with a clean diet comprised of whole foods, including foods containing pre-and probiotics.

Some dieticians and physicians recommend taking probiotics to assist with gut health. Research has found that the consumption of probiotics increases blood levels of tryptophan. You might want to try them if you haven’t.

SSRIs (serotonin reuptake drugs) are a classification of antidepressants that increase the availability of serotonin in the brain.

Here’s how they work:

When serotonin transmits messages from one neuron to another, it’s absorbed after transmission by a neuron. SSRIs prevent that reabsorption, so the serotonin remains available for use, thereby upping serotonin levels in the brain.

If you’re significantly depressed, you may wish to try an antidepressant to put the ground back in. However, it’s important to identify the stressors that led to your drooping mood and work through them. Try the activities above, and if need be, engage in therapy.

There’s so much more we could talk about on this subject, but I just wanted to give you a quick look at what serotonin does and doesn’t do and how you can increase it.  If you want to read more, check out my footnotes below.