Blog Short #87: How to Tamp Down Emotional Reactivity 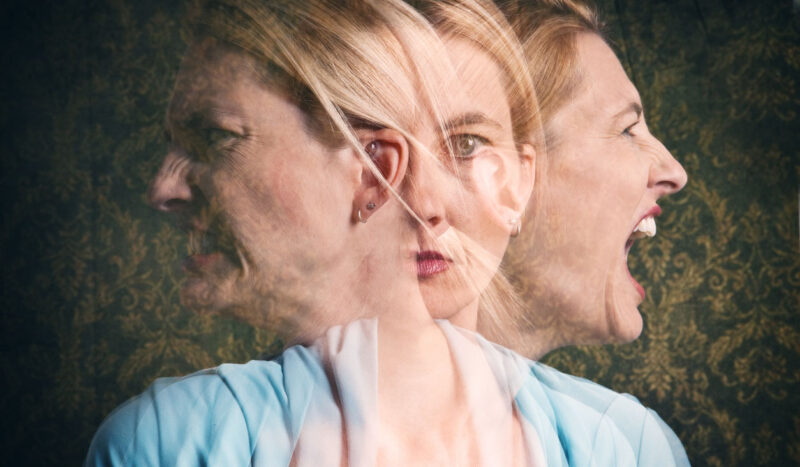 Have you had the experience of conversing with someone, and they make an off-handed comment that quickly heats you up and sends you into a rage?

Or maybe the remark was seemingly innocuous but smacked of criticism. Before you could stop yourself, your eyes filled with tears, and you felt like you needed to be anywhere but where you were right then.

In both cases, your emotions took on a life of their own and had control over you.

This happens to almost everyone at one time or another, but it happens a lot for some. It’s uncomfortable. The bigger problem is that it can lead to an impulsive response you later wish you could take back.

So what do you do when it happens?

There’s not a simplistic solution to this one because there’s usually a lot driving it, but there are some things you can do to tamp down your reactivity.

Let’s start by identifying what those sparks are about.

Most likely, you become reactive in particular situations, and this is because there are specific triggers that set you off.

The first step in handling the problem is figuring out what those triggers are.

You can do this by reviewing any situation where you became emotionally reactive and maybe lost your cool – hopefully, one that’s fresh so you can remember details.

Once you have the incident in mind, go through the following steps. I would suggest writing this out so you can see what you have to work with.

1. Identify the words, gestures, or statements that initiated the reaction.

Write out a description with as much detail as you can – what you said, what the other person said, and any behaviors that triggered you, such as body language.

2. Identify and describe your reaction, both outward and inward.

In other words, what did you say or do? What did you think, feel, and say to yourself? What did you feel bodily? For example, did you heat up, get cold, or maybe tremble? Did you close your fists?

3. Next, you want to identify the critical trigger that set you off.

If you’ve done a thorough job of the two above, you likely know what bothered you and how it made you feel. Then again, you may only be at the surface at this point. Keep drilling down until you get to the core feeling or issue that set you off. Where did this trigger originate?

You forgot to take out the trash the night before for pickup, and your spouse mentioned it to you in passing. You became enraged and defensive. He mildly commented that he wasn’t criticizing you – he just happened to notice because the trash can was still full, which surprised him. Still, you fretted and began a whole series of conversations in your head like this:

“Why am I the person who has to take out the trash? I make one little mistake, and the whole world teeters on its axle! Who does he think he is anyway? Is he so perfect? I think not! Couldn’t he have just let it go and offered to take over that job for me? I do everything, but does anyone appreciate that?”

So as we drill down into this situation, several things come to light:

Now the trigger becomes clear. It’s not just about taking out the trash. It’s about this woman’s identity as a caretaker and manager, and resentment built up over the years for having to take on these roles.

She’s stuck between expecting herself to be all things to all people and also resenting the expectation. Her husband just lit up the smoldering ashes of the resentment. For her, perceived criticism threatens who she is and who she resents having to be. It’s a Catch-22.

In our example, the woman would need to examine her roles as caretaker and manager and decide what she wants to change. This task isn’t easy because these roles are embedded in how she sees herself.

The point of this story is that there is often a lot driving emotional reactivity. Sometimes your triggers are embedded in your identity, and these are harder to see and change. But you can do it. The key is awareness first, and then working through the emotions and beliefs that keep you there. Once you do that, the trigger loses its power and you no longer react to it.

Immediate Things You Can Do

If you’re outraged or overwhelmed in a situation, take a break. Don’t think twice about this. Just do it. It takes your brain at least 20 minutes to calm down when you get upset or so heated up that you can’t think objectively. Give yourself as much time as you need. Don’t think of this as a weakness. It’s a smart move!

If you can stay in the conversation, switch from defending to asking questions of the other person. Again in our example, the wife could have said, “Did it bother you that the trash didn’t get taken this week?” If he responded that it did, she could say, “I’m sorry it did, but I’ve got too much going on. Would you be responsible for that next week?” Or if he says no, she could let it go. Either way, asking about it defuses emotional reactivity.

This woman could have just laughed it off and said, “Yep, my brain was too full. Next week I’ll get it.” Or she could say to herself, “Oh well, I can’t always get everything perfect and that’s fine.”

Emotional reactivity is always related to some preconceived idea about how you should be, how someone else should be, or how things, in general, should be. Identify those expectations, and you’ll know where you need to intervene to be less reactive.