Blog Short #74: How to Work Out Personality Differences with Your Partner 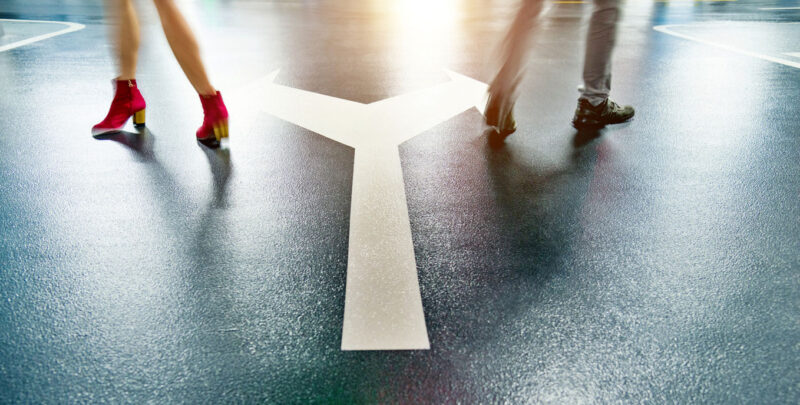 When you first get into a relationship, you notice everything that’s right. You see all the things you have in common. There’s lots to talk about. You love spending time together. Each other’s little quirks are endearing. You’re in love!

After being together for a year or more (although sometimes sooner), you become aware of differences. You notice personality traits and habits that bother you. They might even be things you were initially attracted to, but living with them is taxing.

If both of you are mature, self-aware, and adept at talking things through, you might easily weather these differences as they arise.

More likely, you aren’t good at that yet. And truth is, every relationship starts with an initial period of being in what’s called the “love bubble” followed by deflation or, in some cases, a bubble burst. This is when the real work of the relationship begins.

Today we’re going to talk about how to address those nagging differences. And by the way, you can use this information even if you’ve been with your partner a long time. You can also apply it to other close relationships such as parent and child, siblings, or family and friends.

Let’s start with what’s not. This group is called the “deal-breakers.” These are the things that aren’t negotiable. They’re behaviors or actions you cannot and will not accept.

The second category is “style differences.” They include temperament tendencies, idiosyncrasies, and habits. The term “style” used here makes it easier to see these differences with some emotional distance so you can think about them objectively.

Let’s go through some examples of each.

The most common ones are:

I’m sure you can think of more, and some of these may not be on your list. People are always curious about “political affiliation,” but for many people, this is non-negotiable.

Again, these are just some of the possibilities.

How to Make Use of This

If you’ve been with your partner a long time and think you have a handle on all these issues, you don’t need to read on. But I’ll bet that even if you’ve been together a long time, there are still style differences that bother you that you haven’t found a way to resolve.

Try these steps to work them out.

#1 Make two lists for your deal-breakers and style differences.

It helps to clarify exactly what you have issues with, especially those things that could lead to the destruction of the relationship. Note: It’s best if both you and your partner do this exercise simultaneously.

#2 Spell out the specific behaviors involved with each item.

Make a list with two columns: one that lists your styles and next to each one, your partner’s style. These can be similar or different styles. It’s good to get them all down. Your partner will make these same two lists. Do this part of the exercise separately first.

Examples might be you like the dishes done right after dinner, and your husband is okay with waiting until the following day to do them. You like the TV off, or much lower in volume on weekend afternoons, and your husband wants to watch movies all day with more volume. A similar style might be that you both are morning people and like to get up early and get going.

Get specific. Use a journal and keep it handy to jot things down as you think of them.

#3 Now, prioritize each item in these categories:

When you get through this exercise, you should have better clarity about what’s working, what’s not, and what you think needs some change.

You hopefully also have been able to think about how some of your differences complement each other. If not, go back over your two lists and make an effort to identify and write those down. They’re important.

The obvious next step is to share your lists with your partner and vice versa. You could do this in two ways:

It’s good to make some rules for the discussion.

Keep in mind that the first step is to understand how you see each other and understand each other’s style differences without judgment.

Don’t go into this discussion with an accusatory tone or a sense of exasperation.

Allow each other to explain your styles and what’s behind them. For example, why does someone save everything? Or why does it matter if the dishes are done at night? In other words, what’s important to each of you.

It’s highly beneficial to be heard and understood, even if you disagree.

Once you have your rules in place, then go through these three exercises.

#1 Go over your deal-breaker lists first.

If you find you don’t agree on something, you can talk it out, but you should seek counseling to work on this if it’s contentious. Disagreement on deal-breakers is a serious problem and shouldn’t go by the wayside.

#2 Go over your style differences and negotiate compromises.

Compromises should be win-win, not win-lose. How can you both be comfortable and feel good with whatever you decide? If you spend enough time upfront trying to understand each other and learn more about what each of you needs, then you’ll be more inclined to work things out for mutual satisfaction. It’s easier to alter your behavior when you know how it impacts your partner. Understanding creates greater tolerance and appreciation of differences.

#3 Identify the ways your differences can be complementary.

Usually, couples have a lot of similarities, and research has shown that those that do have more similarities get along better. However, some differences are very beneficial.

Suppose one of you is more oriented to problem-solving, management, and organization, and the other is more oriented toward creativity, spontaneity, and idea generation. In that case, these two orientations can work together well to open and run a business, plan an event, hold different types of jobs, and run a household.

It’s best to use the differences to complement each other rather than as a source of contention.

Style differences are not the same as value differences. Values are the set of principles and beliefs you live by. Styles are your personality leanings and natural temperament characteristics.

Successful couples usually hold similar values. There may be some differentiation, but overall they’re close, especially those that determine how you see the world and what principles you expect to flow through your relationship. Values underlie your deal-breakers.

If you can agree on deal-breakers and you hold similar principles and values, style differences can be worked out and can enrich the relationship.

That’s all for today. Have a great week!