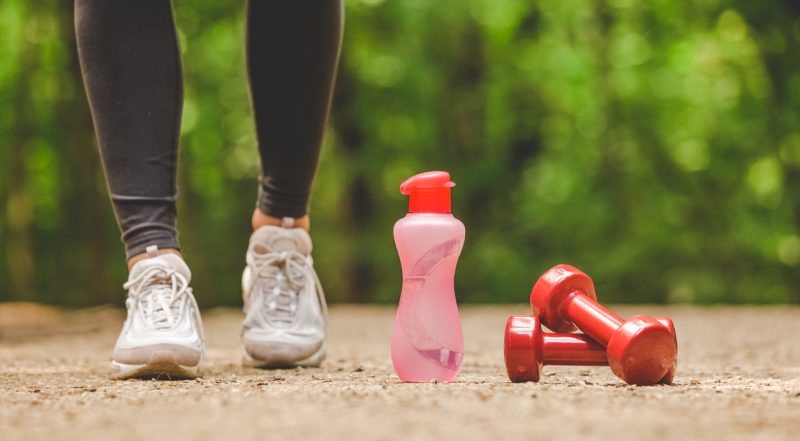 It’s that time of year again when we think about New Year’s resolutions. Starting an exercise program is one of the most popular choices. It’s also one that’s often dropped within the first month, and sometimes less! How many times have you done that? I’m guilty. It’s annoying.

Maybe knowing some of the lesser-known but powerful benefits might give you a reason to stick with it.

Today, I’ll go over four super benefits of exercise and tell you how much you need to do to get these effects. I’ll also give you some ideas about how to stick with it once you get started.

Now let’s move on to how exercise keeps you sharp and regulates your mood.

Stress and anxiety are best friends. Chronic stress creates an underlying layer of tension that’s with you all the time, and it only takes a spark, like an anxious thought or situation, to ramp up your adrenal system into full-fledged panic and overwhelm. It’s a one-two punch.

Exercise, especially aerobic exercise, has an immediate effect that’s unique to help bring your anxiety down and raise your capacity to tolerate it. Here’s how it works:

When you exercise, you create the same physical symptoms that are caused by anxiety – your heart rate increases, your breathing speeds up, blood pressure may rise, adrenaline is released, and you’re in a state of arousal, just as you are when you become anxious. The difference is that you expect these changes in your body when exercising, and they don’t scare you.

And, when you finish exercising, your body returns to a state of calm and rest. You view this whole process as a positive thing that’s good for you, both physically and emotionally.

With regular exercise, you’re programming your brain to handle these physical changes without fear or worry. And, by practicing that, you get good at automating a similar response to stress. What this means is that:

Exercise raises your threshold to handle stress and anxiety. It trains your body and mind to return to a healthy state of calm after being revved up.

In addition to that, exercise also reduces the levels of the stress hormones – adrenaline and cortisol – in your system.

The most obvious benefit of exercise for your mood is that it releases endorphins which are natural mood-lifters and painkillers. But what most people don’t know is that aerobic exercise also increases levels of the neurotransmitter serotonin in the brain.

In his book Spark, Dr. John Ratey describes serotonin as “the policeman of the brain because it helps keep brain activity under control.” It regulates activity that influences mood, anger, aggressiveness, and impulsivity, and in so doing, keeps your mood steady.

Anti-depressants that increase serotonin levels are often prescribed to manage depression, anxiety, and OCD, and they are effective in many instances. Even so, regular exercise is a natural mood regulator and anti-depressant that’s effective whether you take anti-depressants or not.

Two other neurotransmitters influenced by exercise are dopamine and norepinephrine. Most everyone’s heard of dopamine as it’s commonly associated with tech addiction. You likely know that every time you look at your cell phone, you get a small hit of dopamine. If you didn’t know that, now you do. It’s what advertisers bank on.

Exercise stimulates the production of both these neurotransmitters.

In Spark, Dr. Ratey described a project conducted in a high school in Chicago where one group of students did an hour of cardio exercise every morning before classes. They walked or ran on a treadmill. A control group did no exercise. The exercising students had significantly higher scores on academic tests than the non-exercising students.

They were up 17% in reading comprehension, and on international test scores for the TIMSS (Trend I International Mathematics and Science Study), they finished first in science and sixth in math worldwide. In comparison, US students as a whole ranked 18th in science and 19th in math that same year.

That’s a pretty big wow! It explains why a friend of mine used to jump rope for 30 minutes before taking exams in college and got much better grades as a result. Exercise pushes up dopamine and increases attention.

Along with focus and attention, exercise has another benefit directly tied to learning.

It increases the production and activity of a group of molecules called BDNF (brain-derived neurotrophic factor).

BDNF stimulates the growth of new neurons (brain cells) and protects existing neurons while also facilitating the connections that wire neurons together and allow for communication between them.

In other words, BDNF helps grow and maintain our neural networks that are responsible for the various functions of the brain. Dr. Ratey calls it “Miracle-Gro” for the brain. If you don’t know what Miracle-Gro is, it’s a highly effective plant food used by gardeners. BDNF is brain food!

There is a condition, however, which is that BDNF kicks in only when you focus your attention on something. Hold that thought a minute while we summarize.

The real question is, why would you consider not exercising?

How much exercise do I have to do?

No. According to several studies and books I’ve read, they all say the same thing. The recommendation is this: 150 minutes of exercise per week. In that 150 minutes, you should do strength training at least twice along with aerobic activity using varying levels of speed and intensity.

More succinctly, you could walk 25 minutes five times a week and vary your speed while walking, and do two 12-minute sessions of strength training.

If you can start there, great! However, it’s more important to stick with it, so start at the most minimum level you need to remain consistent. If it’s 10 minutes five days a week, then do that. You can build up. The worst idea is starting big – you’re more likely to fall off. Start small and get to a comfortable place that’s automated and easy to maintain. Then add on.

That’s all for today. I hope you have a great week, and January is off to a good start for you!

Lieberman, Daniel (2013). The Story of the Human Body: Evolution, Health, and Disease. Pantheon.