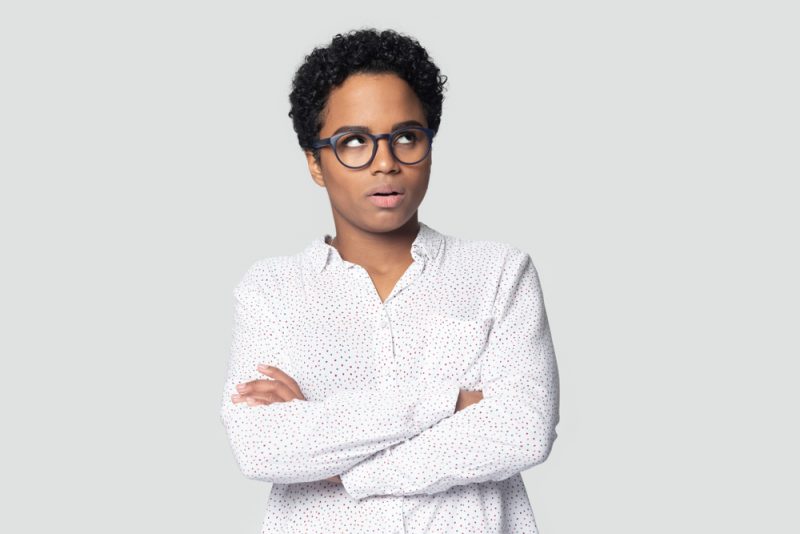 By fizkes Courtesy of Shutterstock

Today’s blog is Part 2 of a three-part series on what to do when someone tries to provoke you.

In Part 1, we covered the five reasons behind most provocations, and also described the “evocative communication style,” which is the style used in most of these instances. If you haven’t read Part 1, you can access it here.

In Part 2, we’re going to cover strategies you can use to deal with a provocation. Here we go!

The first consideration is to make this choice:

The choice will likely depend on several things, including how close your relationship is with the person involved, the type of provocation used, and how reactive you feel to what you’re hearing.

Let’s begin with making the decision not to engage.

Stepping out of the conversation.

Here are three possible situations where you might choose to opt out:

If someone is this riled up and intends to hurt you, then the best response is silence.

It’s perfectly fine to get up and leave the scene without responding. Doing this sets a firm boundary that being mean and hurtful is unacceptable to you regardless of how or why the other person is upset.

If you do decide to stay and respond, you’ll likely set yourself up for more of the same – not to mention that it’s challenging to keep your cool when someone is attacking you with this degree of animosity.

2) The Nature of the Relationship

The closer or more involved with someone you are, the more critical it is to resolve a conflict or work through an issue. If an acquaintance you barely know says something provocative to you, you’re less likely to be as bothered than if it comes from someone you care about or know well.

If the provocation gets under your skin quickly and you’re starting to lose it emotionally, you can opt out temporarily.

You could excuse yourself and say you need some time to cool down before continuing, which in most cases is a good idea. Then come back when you’ve had time to sort through what you heard, and you’re able to think clearly.

You’re in the wrong state of mind when the provocation is launched.

If you’re tired, stressed, overwhelmed, or already feeling on edge, then this is probably not the time to get involved in working through messy, unclear messages.

Most arguments get out of hand because one or both people involved are stressed before they begin. Stress of any kind leads to emotional regression and puts us in a precarious position to think and see things logically.

One particular rule to follow is, never respond to a provocation if either you or the other person or both of you have been drinking. It won’t go well.

Now let’s move on to what to do when you feel up to dealing with the provocation.

The first step is to figure out the intent of the statement(s).

What’s the purpose? If you know that, it’s easier to figure out how to respond.

Respond verbally to the emotions you perceive rather than the exact content of the messages.

Remember that most attempts to provoke use the “evocative communication” style. This style muddies the waters. You hear the words, but you sense there’s more to it. Something’s off.

Your best bet is to go straight for the feeling coming from the speaker rather than respond to the content.

“You seem upset about something. Are you?” “I’m detecting some disappointment (or some anger, resentment, etc.). Is that true?”

Name the feeling as best you can and ask if you’re right. If you are, the conversation will likely take a turn and become more manageable. You’ll diffuse the intensity of the attack, and the other person will open up and tell you what’s really bothering them.

If you’re wrong, they’ll most likely correct you and give you the right emotion.

If there’s a wholesale denial of any negative emotions even though you know they’re there, go directly to number three.

Ask what the intent of the statement is and what the person is hoping to accomplish by saying it.

This works well to change the momentum of the conversation back toward the speaker and away from you.

Instead of the speaker waiting for you to respond or defend, they’re forced to think about their motives and either reword what they’ve said in a way that’s clearer and less provocative, or show their hand and own the emotions they’re trying to project your way.

It works best if you deliver your question calmly and with authentic curiosity. It inserts rationality into the equation and feels empathetic.

Restate what the real issue is based on what the speaker tells you about their intent.

As you listen to answers to your questions above, you can restate the real problem in a conciliatory and empathetic way. This gets you both on the same page. You might say something like,

“I get it – you had a rough day at work, and you’re feeling frustrated and angry. I don’t blame you at all.”

You might also find out there’s an issue you’ve been avoiding and need to approach, in which case you can own up to it and offer some ideas about how to resolve it. Your job is to be open to what you hear and respond accordingly.

Whatever the case, getting to the actual intent of the provocation helps get you both on the same side and eliminates confusion.

If the provoker dodges dealing with your questions and continues to be negative and attacking, opt-out. You can either say you’ll listen when he’s willing to be honest about what’s happening, or respond with silence and remove yourself, or all three.

There you have it. Next week we’ll talk about what to do when your buttons are pushed. It’s a little more complex than what we covered today and requires some different actions.