Blog Short #108: 2 Cognitive Distortions that Pile on the Guilt 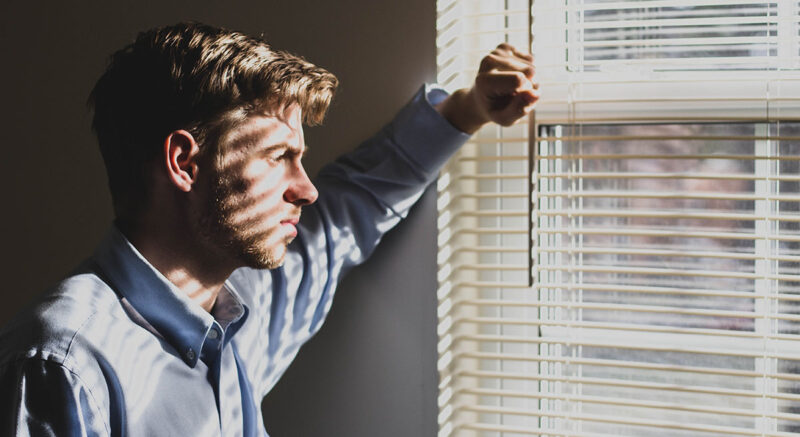 Photo by Ethan Sykes on Unsplash

A couple of weeks ago, we went over two cognitive distortions that paint the world negative. This week I’m describing two more that are known for piling on the guilt.

You’ll easily recognize them. Let’s start with “should statements.”

You might be thinking that “should statements” (the “shoulds” for short) are normal and necessary, so why are they classified as a type of cognitive distortion? Good question.

The answer has to do with their rigidity and punitive nature. I’ll explain that in a minute.

“Should statements” pertain to things you “should” do, “ought” to do, or “must” do. They represent expectations that apply pressure to comply.

“I should lose a few pounds.
“I ought to read more.”
“I must budget my money better.”

The issue is that all these statements imply that you’re lacking in some way. There’s something you should be doing but aren’t, and you “should” feel some guilt or shame about it.

They’re also very all-or-nothing. Each one leaves no room for other considerations that might impact your ability to perform them. The distortion is in the “pass-fail” aspect of these statements. If you don’t comply, you fail. There’s no in-between.

Our natural response is either to sidestep the issue to avoid feeling guilty or rebel (even if we agree) and not cooperate.

Turn your “shoulds” into “wants” and “goals.” Instead of “I should lose a few pounds,” you could say, “I want to lose ten pounds. Let me figure out how I might tackle that and set up a reasonable system I can follow.”

When you set a goal, you create energy and motivation to work toward it. When you hammer yourself with a “should,” you’re more likely to push back. You’re also more likely to feel anxious or depressed when you hit a roadblock. Not always. A stick works better than a carrot for some, but there’s a greater sense of failure when you don’t succeed.

If you’re hounded by a list of “shoulds” right now, list them. Take each one and reframe it as a goal. Make it specific and list what actions you can take to meet that goal without putting yourself under great stress. Allow for pivots and roadblocks in your plan, and make a commitment to keep going in spite of them.

Doing that makes you far more likely to meet your objectives and expectations while preserving your self-esteem.

The worst “should” is telling yourself how you should or shouldn’t feel.

Suppressing feelings doesn’t work and isn’t healthy. Working with them is. “Should” has no place in that equation.

When speaking of personalization, David Burns, who wrote the book Feeling Good, describes it as “the mother of guilt!”

You see yourself as the cause of someone else’s behavior, or you find fault with yourself for things that may not pertain to you or that you have no control over.

Here are a few examples:

A friend doesn’t have a good time at a social event you planned, and you decide it’s your fault. It doesn’t occur to you that something else may have been bothering her.

You see two of your work colleagues talking in the hall, and you decide they don’t enjoy talking to you and avoided you on purpose.

A friend you know drinks and drives and has an auto accident, and you beat yourself up for not getting her some help, even though she refused it multiple times when you mentioned it to her.

Self-blame is focused on either your perceived character flaws or on feeling responsible for other people’s struggles and happiness.

In this case, you see other people and circumstances as the cause of your feelings of guilt and shame. You’re the victim of their character flaws and behavior.

Using the examples above, we can turn them around to fit.

Even though your friend was suffering from an argument with her spouse, she didn’t need to make you feel bad by not showing a little more excitement and appreciation for all you did to put on a good party. (It’s her fault.)

Your work colleagues shouldn’t exclude you by talking in the hall without inviting you into their conversation. They’re making you feel left out. (It’s their fault.)

Your friend shouldn’t drink and drive and shouldn’t put you through worrying about her and making you feel guilty by continuing to do it even after all you’ve tried to do to help her. (It’s her fault.)

You’ll notice in the “other-blame” examples that the word “shouldn’t” comes up several times. Should statements and personalization overlap and work together. Both lead to the same feelings of guilt and shame aimed either at yourself or projected onto someone else.

Review your thoughts objectively and ask yourself if other explanations might exist for your assumptions.

Are your colleagues leaving you out of their conversation? Is it possible they just happened to find each other in the hall simultaneously and stopped to converse? Isn’t it likely they would have included you in the conversation if you’d been in the hall?

The boundaries, in this case, are for you, not for the other person. There are two of them.

Misplaced responsibility. When you extend your sense of responsibility to someone else’s circumstances, you’re the one who needs the boundary. It could be challenging to recognize this because of your need for control.

Let’s go back to our scenario with the friend who drinks and drives.

Your need to have control is initiated partly by concern for your friend and fear that she could be seriously hurt. But you’re also personalizing her actions as something aimed directly at you because you’ve invested yourself in helping her. If something happens, you’ll end up feeling significant guilt and anguish. You’re carrying her responsibility and, along with it, the emotional consequences. You can offer help, but you can’t control the outcome.

Owning your reactions. The second boundary is accepting your thoughts and feelings as your responsibility. If you blame others for your emotions or circumstances, ask yourself what your part is in that equation. Keep asking until you recognize that you have control over what you think and feel, and be proactive in taking responsibility for that.

Keep in mind that people are not thinking about you as much as you think they are. If you could see the thoughts going through everyone’s minds, you’d find that they’re thinking about themselves much of the time. We think about other people, but the primary focus is on our own lives, problems, relationships, work, kids, what we’re doing this weekend, and who knows what else. It’s freeing to recognize that, and it helps you reduce personalizing.

Keep This in Mind

Cognitive distortions involve engaging in runaway emotions that obscure your ability to think objectively and see the big picture. It’s like being in a dark room with a single beam of light that allows you to see only a tiny portion of what’s in the room. Think of reframing them as turning on the lights so you can broaden your perspective.

PS – David Burns has a new book out called Feeling Great, which I like even better than Feeling Good. If you’re interested in delving more into cognitive distortions, it’s an excellent read.